Here’s My Pick of the Week in Power Automate

The newest five Power Automate connectors run the gamut from Abortion Policy to TalkDesk, admittedly not A to Z but what can I say? Here’s my take on the Pick of the Week.

I’ve reviewed each one, but my pick of the week (capability-wise of each connector in comparison one another) is TalkDesk. I’ll admit this is a little like what happens when a blockbuster movie like Saving Private Ryan lands and you later find out that you completely missed The Truman Show simply because it had the unfortunate timing of landing on the same week even though one has zero to do with the other.

Let’s take a look first at the three standard releases, followed by two from indy publishers.

Pick of the Week

TalkDesk stands out because among these Power Automate connectors it is the only one which has triggers. Those in general do more for automation in my view than actions alone. Its documentation with regard to actions says, “Connect to other external systems already supported by Microsoft to be able to execute actions in Talkdesk like create an agent, create a callback, get a user by email, etc.”

It can trigger your own flows when:

Four and a half stars!

When you need to better train employees and understand whether they have met your key performance indicators (KPIs), you can use the Centrical connectors two actions either to send learning events or performance events to the Centrical platform. The application for gamification of employee learning and coaching lets users track success in real time.

A connector by creator Vivek Bavishi, and certainly timely given the recent Supreme Court overturn of Roe v. Wade, the Abortion Policy connector taps a data regarding states’ current abortion policies. Searchable by state or zip code, it actions allow users to get gestational limits (i.e. bans on abortions after a certain weeks gestation), insurance coverage which gives specific restrictions upon what type of insurance coverage can be used to cover abortion (both Medicaid and private insurance). In addition, users can obtain abortion restriction information that specifically targets minors, an/or and time periods that people must wait between receiving abortion counseling and getting an abortion. Where ever a users falls in opinion on the subject, the information one could use from this connector has implication in future policy setting for organizations, health care providers, businesses and individuals.

The ReliefWeb connector by Troy Taylor is useful for both government orgs and NGOs who are on front lines of worldwide disaster relief. Given climate change and its affect on populations worldwide, this connector too has broad implications. Its actions allow users to tap information from United Nations Office for the Coordination of Humanitarian Affairs (OCHA) in order to plan more effectively. These include:

With these five new ones, you have 810 from which to choose in the Power Automate connector pool. We can help you narrow the search. Ask us!

Posted on: August 18, 2022
Kimberly is a Virtual Assistant but real person who works on the team at Reenhanced. She’s also a professional writer and editor. When she’s not painting a portrait or dreaming up her next steampunk quest, she works as a Reference Librarian in the city.
114 posts E-mail
Post author
ConnectorsPower Automate
abortion policycall managementdocument managementemployee traininghumanitarian servicespower automatepower automate connectors 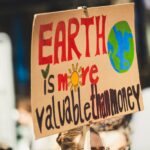 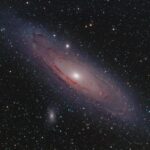