Know What I Found?

The latest assortment of new Power Automate connectors can help you to keep up with the latest Japanese IT events or Fantasy Premier League, capture invoice data, work with blockchain, or manipulate data. Here’s a quick review of each one.

If you are looking to stay up-to-date on your skills, this independently published Power Automate connector, called connpass, has a single action which gets you a list of upcoming IT workshops and events based on filters you set on the conpass site. Note, however, that it appears suited only for events in Japan or in Japanese.

Crypto gurus will be excited about this new addition. ConsenSys Developer Platform users who learn, develop, debug, launch, and operate Web3 apps now have option to automate with the ConsenSys Ethereum connector. It contains four possible actions that will automate reading from and writing to an Ethereum RPC endpoint and which has capability to trigger a flow when a smart contract event occurs.

In case you don’t happen to be familiar with the terms (refreshing my memory): Web3 apps are decentralized apps that run on the blockchain and allow anyone to participate without monetizing their personal data. Crypto endpoints are platforms where humans (that’s me!) interact with the blockchain and often comprise mining systems and other PCs to use to access blockchain services. RPC endpoints comprise a network-specific address of a server process for remote procedure calls or RPCs for short. The actual name of an RPC endpoint depends on the RPC protocol sequence being used. Got it!

(If the connector creator would add a trigger that lets your gift recipient know when they’ve won or lost, that would be a fun bonus.)

Three and a half stars

As always, there are plenty of ways to automate the processes you do every day with any one of the 824 Power Automate connectors so you can get back to doing what you do best. Can’t find what you are looking for? Ask us!

Posted on: September 27, 2022
Kimberly is a Virtual Assistant but real person who works on the team at Reenhanced. She’s also a professional writer and editor. When she’s not painting a portrait or dreaming up her next steampunk quest, she works as a Reference Librarian in the city.
114 posts E-mail
Post author
ConnectorsPower Automate
dataeventsfantasynew connectorspower automate connectorsWeb3 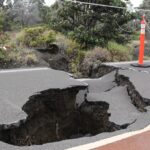 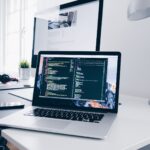