Mixed among the latest drop of Power Automate connectors lie several connector updates that could easily have gone unnoticed, at least by me, had I not been picking apart all of the recent changes.

Before my review of the new connectors, I want to give users of AvePoint Cloud Governance, Cognito Forms, or Microsoft Sentinel the news that there are new triggers available for each of them that may better serve their purposes.

The first Power Automate connector under the sub-heading of “space” might well also be covered under the second heading of pictures, photos and images because it’s both! 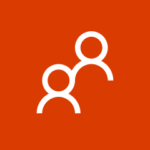 This independently published connector’s five actions allow its user to access, search and get media info from the NASA Image and Video Library site at images.nasa.gov.

It’s a stretch to find any sort of serious usefulness for the new Star Wars connector unless you’re planning to board the next flight out yourself, but its presence lets you know that sometimes we could all use a little break from constant productivity. This one even made Heidi’s vlog.

One and a half stars

Independently published, the Unsplash connector will let you search for photos by keyword, category, or user. You can also use photos that are found with any other connector to automatically add appropriate images. This connector could be improved with more actions that would allow photo statistics to be gathered through the connector.

Two and a half stars

This connector will make dog lovers heads explode! Need a dog pic for your website but also want one in a set width, height, or both? How about one with a filter in a size of your choosing? Use cases (beyond bragging rights for pet owners) might be for rescues, doggie daycare or SPCA web pages. The connectors’ actions will get dog pics for you from placedog.net. Fun!

Mailjet for email marketing integrates with most popular apps. The addition of this independently published connector to the list of 22 other email-related connectors that each work in varying ways or with different apps demonstrates the still popular use of automation for handling email. This all-action connector can send an email, make changes to a contact or list message details, including tracking and delivery.

As we promised you yesterday, we’ve still got more connector news in store for you over the next several days. In the meantime, let us know what use you found for Star Wars.

Posted on: February 9, 2022
Kimberly is a Virtual Assistant but real person who works on the team at Reenhanced. She’s also a professional writer and editor. When she’s not painting a portrait or dreaming up her next steampunk quest, she works as a Reference Librarian in the city.
114 posts E-mail
Post author
ConnectorsPower Automate
imagesnew connectorsphotospower automatepower automate connectorsspace explorationtriggers