What does it do?

I like to think of this connector as an information gatherer from Internet of Things (IoT) devices. Using this connector lets me act like the Wizard of Oz except instead of a being a powerless wizard behind the curtain, I can control hundreds or thousands of little robots by leveraging the power of Power Automate.

What is IoT Central?

Azure IoT Central is a pre-made Web Application framework that lets you consume data and information from IoT, Gateway or IoT Edge devices. It offers a number of made-for-you applications for common business tasks that let you (mostly) plug in IoT devices and easily spin up new functionality through the IoT Central apps you’ll create.

Think of IoT Central as a way to ignore some of the inherent complexity of IoT device implementation by using a platform that handles lots of the underlying concerns for you.

Like the legacy, the new Azure IoT Central connector allows you to create, update or delete a device by ID. But this new connector also lets you get details about an existing device including its properties, cloud properties, or telemetry value.

Simply knowing the telemetry value gives you, or the aforementioned wizard, a better understanding of the information that it gathers which can then be extrapolated through IoT Central into the apps that work for you. A good example would be a stream of temperature readings from onboard sensors located in beer brewing containers that are connected to IoT Central.

Other actions of this Power Automate connector include the ability to update properties (or cloud properties) or to execute a device command.

Finally, you can trigger any of your flows by listening to your rules defined within IoT Central. You can make it so whenever a rule is fired in IoT Central, it starts your flow.

Notably, the new connector eliminates the earlier limitation where IoT Plug and Play-enabled IoT Central applications were not supported.

This brings the total number of Power Automate connectors to 358.

In other Power Automate news, Azure Log Analytics connector is fully deprecated, and Azure Sentinel has added a new trigger that happens when an Azure Sentinel incident creation rule was triggered.

If you try the new Azure IoT Central connector, we’d love to hear about your use case. Contact Us.

Posted on: May 28, 2020
Kimberly is a Virtual Assistant but real person who works on the team at Reenhanced. She’s also a professional writer and editor. When she’s not painting a portrait or dreaming up her next steampunk quest, she works as a Reference Librarian in the city.
117 posts E-mail
Post author
ConnectorsPower Automate
connector updateflowInternet of ThingsIoTpower automate connectors 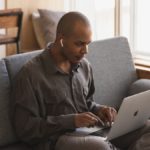 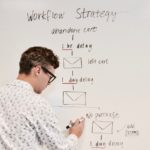